Just as we thought the summer has made an appearance, mother nature had other plans. Weather forecasters warned of heavy rain and wind was heading our way for Saturday and boy did it!  That didn’t put off some of the plans our brave members had made. 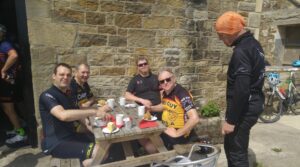 On Saturday they split into two groups, one group riding to Kielder for cake and coffee and the others rode to Newcastleton. They had a very wet very wet return ride but the promise of the swimming pool, sauna and further beer and banter back at the hotel kept them going. 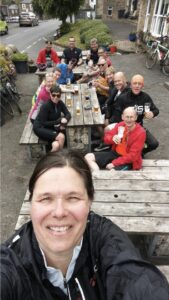 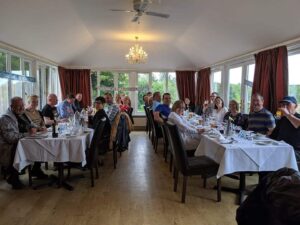 This ride is an annual ride and hopefully more members will get involved next year.

Challenge Ride 2019
On Saturday morning 18 hardy members congregated at Richmond to begin their challenge rides home. 12 took the longer route of 118 miles and 6 took the shorter route of 102 miles. The shorter route Super Six set off from Richmond (in the wrong direction!! but never mind, not for long), weather calm and dry, very different to the weather they had left back home in North Tyneside. 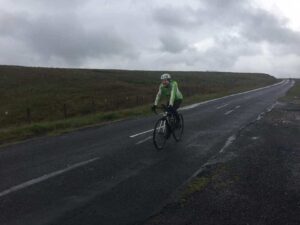 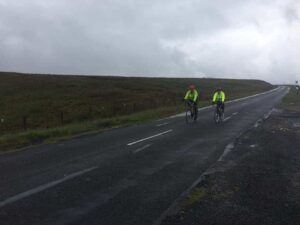 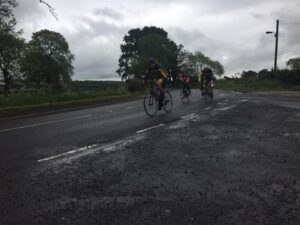 This was all to change very soon, 10 miles in and the rain began and the wind strengthened but undeterred the Super Six continued on, reaching Middleton-in-Teesdale for coffee, bacon butties and chocolate cookies at the very accommodating Teapot Cafe (towels and heaters at the ready).

Onward and Upwards, the hardy bunch continued to fight the elements across the moors. They then tackled the Garrigill climb followed by the steep gravely descent into Nenthead where one of the guys lost his front brake and had to bail out into a grassy ditch reappearing with a sore knee and torn bib tights but everything else in tact, thank goodness. Luckily the local bike shop was open and the brakes were quickly repaired. 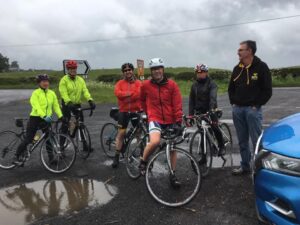 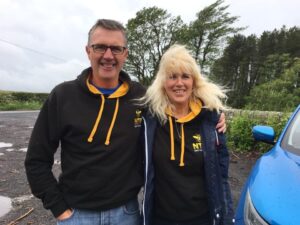 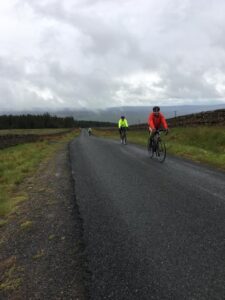 Lunch was taken in at the Miners Arms and they were off on their way again, refuelled for a canny big climb out of Nenthead and with plenty more hills to follow.

The Super Six rode on and arrived in Corbridge, sadly they were too late for a cuppa at Spokes but coffee from the flasks and a biscuits gave them enough energy to continue home to the Club HQ at The Exchange in North Shields for a debrief and beer. 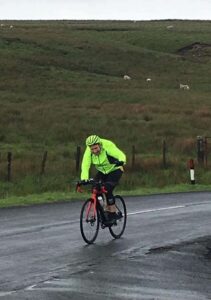 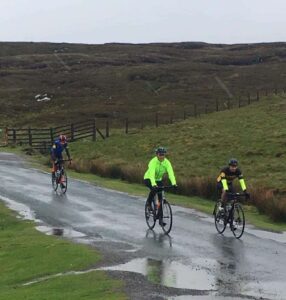 A superb effort in difficult conditions from all these guys and one girl. Mega kudos to the Super Six and the Tremendous Twelve. 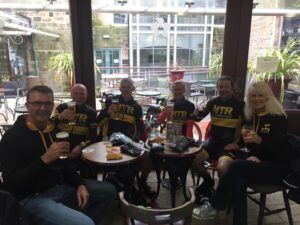 There were many other rides taking place over the weekend including the every popular Sunday Club Rides and there were even a few who ditched the bikes for trainers and ran the iconic Blaydon Race. Well done to all, whatever you got up to.