For the past 3 out of 4 years, Alan Dale has taken part in this 35 mile off road and slightly lumpy ride. It starts and finishes at the St Peter’s Campus of Sunderland University and heads out west and loops back around the city using mainly cycle routes and tracks. He has always taken the car previously and drove each way to the start/finish line in Sunderland. This year, now being a member of NTR the thought was to make it more interesting by riding to and from Sunderland as well as the ride itself. So the ride was created as an event and the interest seemed quite high. As often happens and with the ride falling on Father’s Day, there were finally 5 of us.

So Darren and Shaun left Cramlington nice and early, met Alan at Delaval and they picked Louise up at The Exchange (see a plan forming) and Steve joined them at the Pedestrian Tunnel shuttle bus pick up as he was coming from Wallsend. The choice would have been the ferry but as it doesn’t start until 10:00 a.m. it wasn’t an option. Once over the water they set off heading South to Sunderland and easily arrived and registered with plenty of time to spare. Having done the ride previously Alan knew where they should stand and Team NTR ended up at the very front where all the photos were taken. 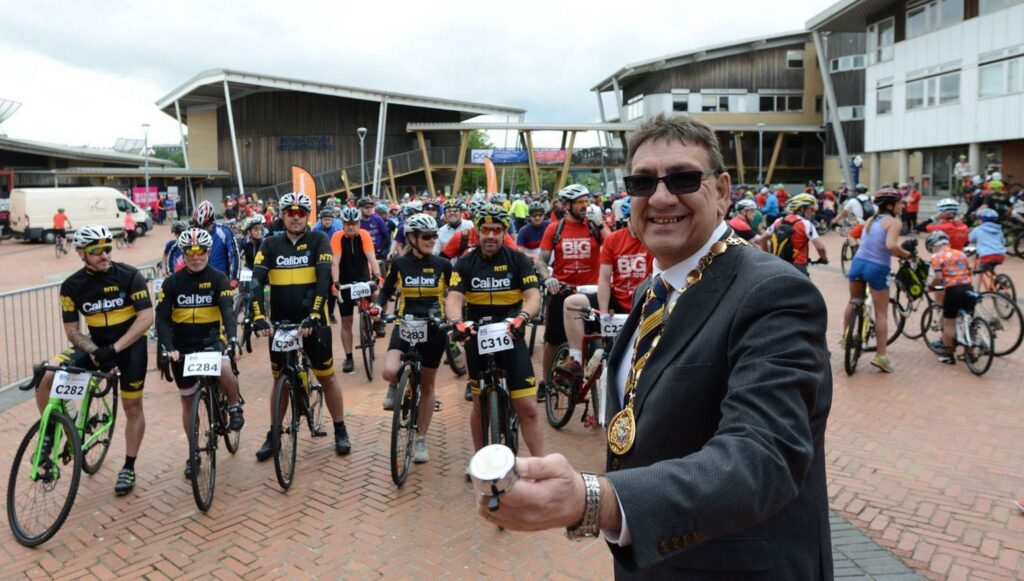 The group found out that around 4 or 5 miles of the route intersected with the Trail Outlaws Half Marathon which was almost a recipe for disaster. Being good cyclists they navigated this dangerous liaison with ease with lots of “bike left”, “bike right” warnings, but not sure how the non-regular cyclist would have got on?

The route is around 95% off road with only a few crossings and takes on some steep climbs, narrow tracks and lots of loose gravel and mud (after the rain from the previous day), NTR’s group of 5 lapped this up easily even with 20+ miles in their legs before we had even started. The biggest climb of the day was Moresley Road which is a long steep drag followed quickly by the second biggest Quarry Climb but they negotiated these and had a nice downhill blast back into Sunderland. 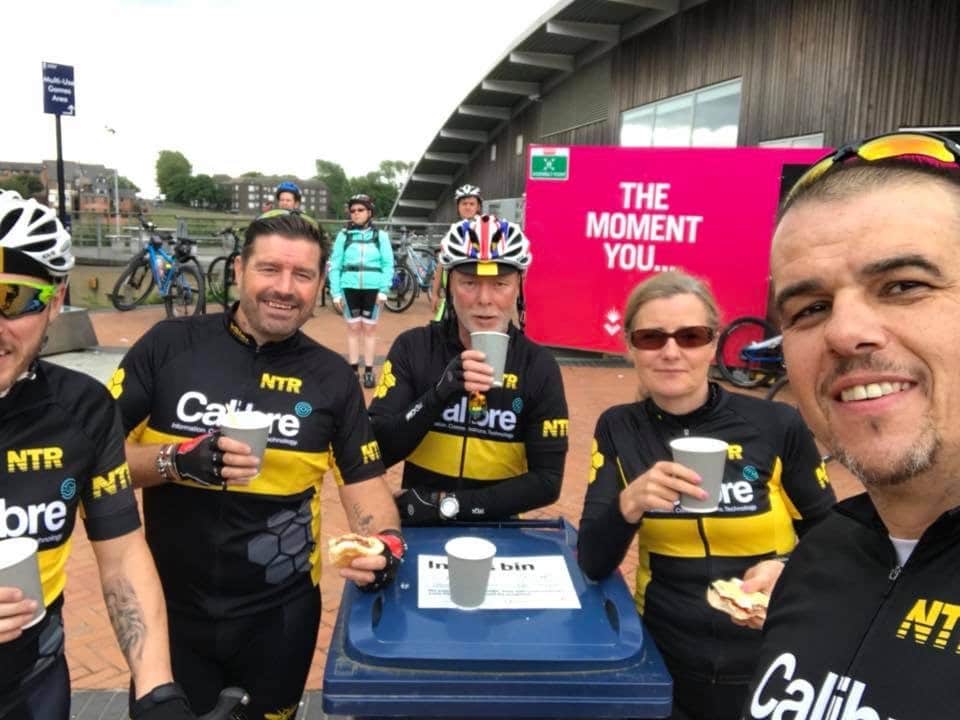 Once they had finished the ride and devoured their goodie bag of Kit Kats, they set off to the seafront for a coffee and then made their way back North into a vicious coastal headwind and missed the ferry by only 3 minutes! Once over the water it was back to The…… “Exchange” for a “debrief” and after a refreshing drink they set back off on their merry ways, happy and content and all pleased that they did the club proud. 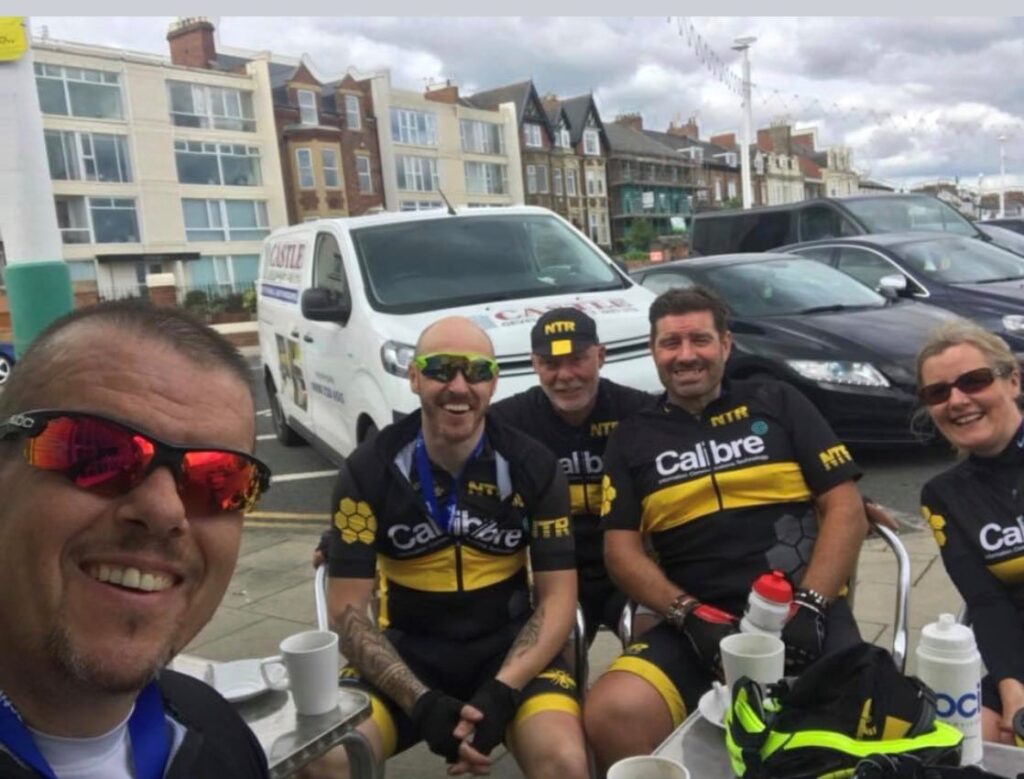 Later on in the evening they found that of the 16 photos published on the Chronicles website about the day’s activities, 4 were of them! So, 25% of the press and publicity covered NTR!

What a great day, the event will feature next year on the calendar and hopefully we will get a larger take up of participants and a few of the ‘Dirtbags’ can show the roadies how it’s done!

What could the Sunderland Big Bike Ride do better for next year?

The only issues they came across on the ride was the signage was not really up to standard and marshaling could be improved. Perhaps next year keep the cycle route and the half marathon route separated.

What did we learn on the day?

a) How blinking heavy CX and Hybrid bikes are!

b) How much fun you can have on a short but lumpy off road route, even as regular roadies!

c) That having the same yellow signs for the runners and the riders confuses even the cleverest of us!

And as if we didn’t already know this……

d) How good NTR is and how well NTR stands out in a crowd!